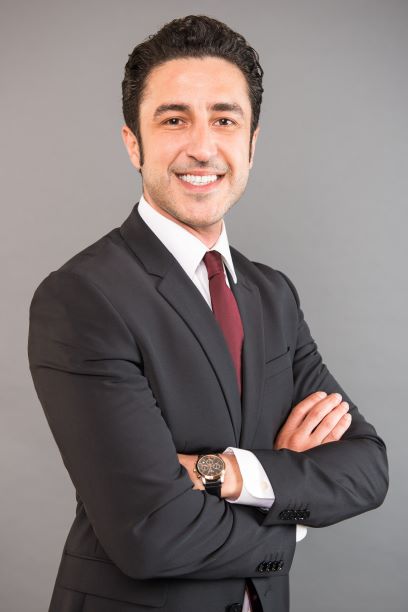 BaharanLaw is a client-focused Personal Injury and Immigration law firm that thrives on building life-long relationships with its clients based on trust and empathetic communication, and by putting clients and their interests first instead of its own bottom line!

Every case is unique. Every client is different. We believe that we must get to know you and the specifics of your case in order to find the best solution for you. At Baharan Law, you are a valued individual - not just another number.

To reach the best possible outcome for you.

In college, Mahdi Baharan started as an electrical engineering major. But he ended up becoming an attorney.

To be fair, the principal of BaharanLaw was fooling himself all those years before entering law school. Mahdi, as a child, had a passion for puzzles, riddles and mysteries. He admits that the harder the problem is, the more fervent he is about resolving it. These are good qualities for an engineer, but they're excellent qualities in a lawyer!

Though he was born and raised in Iran, Mahdi spent most of his adult life in Los Angeles and New York City. In fact, New York City is where Mahdi decided on, and got experience in, immigration law. You might mistake him for one of those bi-coastal types that makes his own cheese and kombucha, but in reality, he's now LA all the way (without the hipster food and drink).

Mahdi learned to play chess at 6 years old, and is a chess master — albeit a self-proclaimed one among his family. However, he does see similarities between law and chess when it comes to strategizing and anticipating the actions of one's opponent.

That being said, his credentials in the legal profession, which include a degree from Western State College of Law with honors and a Witkin Award and acceptance into the California and New York bars - the two most toughest bars in country -  are much more solid than his claim as a chess master.

Let's schedule a free detailed consultation to answer all your questions and discuss your options.